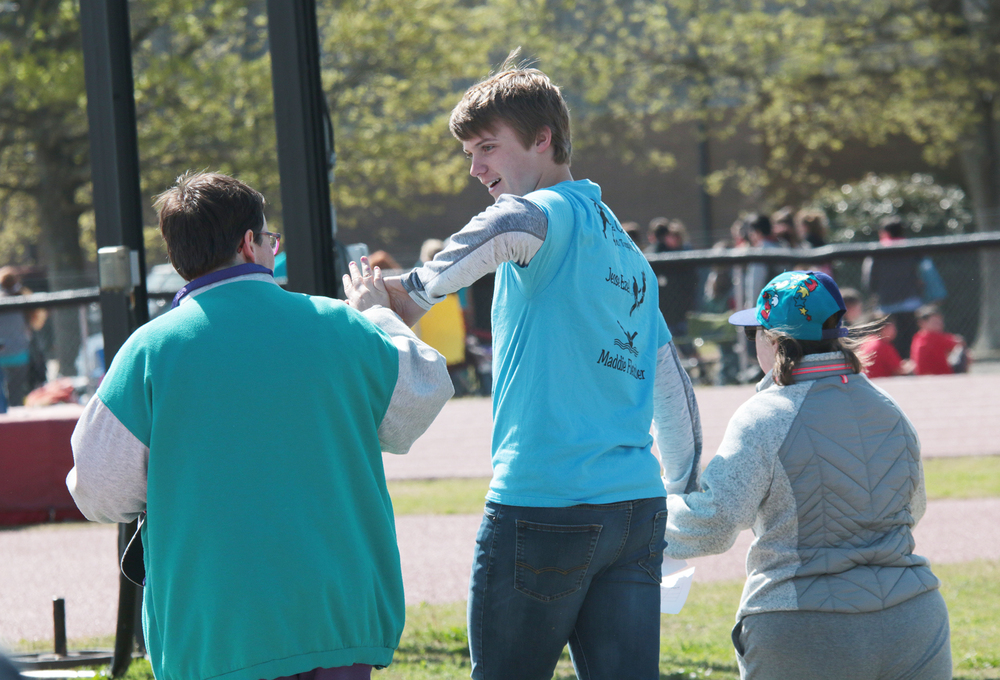 Bearcat Stadium was the host site, once again, for the Special Olympics Area 14 Track and Field Day this year, which was held last Friday, April 20. Participating in this year’s events were Special Olympians from Magazine, Paris, Cossatot River, BOST-Woodcrest, the Booneville Human Development Center, Polk County Development Center, Holly Harshman Elementary School, Mena Middle School, and Mena High School. This marked the ninth consecutive year that Mena has hosted the Area Special Olympics, and it was also the first event to take place on the newly resurfaced track at Bearcat Stadium since the project was completed in recent weeks.

Keeping with tradition, the day began with the Parade of Athletes, where each school and organization received an introduction, carrying their team banners as they walked the track to cheers and applause from the rest of the stadium. The ceremonial torch was jogged around the track by Polk County Deputies Justin Wagner and TJ Frachiseur prior to the National Anthem, which officially kicked off the day’s events.

Parents and community members, as well as students from Mena Middle School and Holly Harshman Elementary cheered from the stands, and student volunteers were at each event to assist with the many athletes and groups.

“Thanks to the many volunteers that make this event possible for our athletes each year,” MHS teacher and Special Olympics Coach Elizabeth Tompkins said. “Thanks to Union Bank for providing lunch to the athletes and coaches, Chambers Bank for providing water to the athletes, Mena Realtors for presenting awards, Bearcat Foundation and BASE of the Ouachitas for working the concession stands and t-shirt sales. We also appreciate Southwest EMS for being on hand in case of an emergency.”

With the Area 14 Special Olympics concluded, Tompkins continues to keep her focus on the upcoming 2018 Special Olympics USA Games, which will take place this July in Seattle, Washington. Tompkins will serve as a coach for Team Arkansas. Also part of Team Arkansas will be Mena High School students Maddie Fletcher and Jesse Ezell, and PCDC member Krista Carstens.