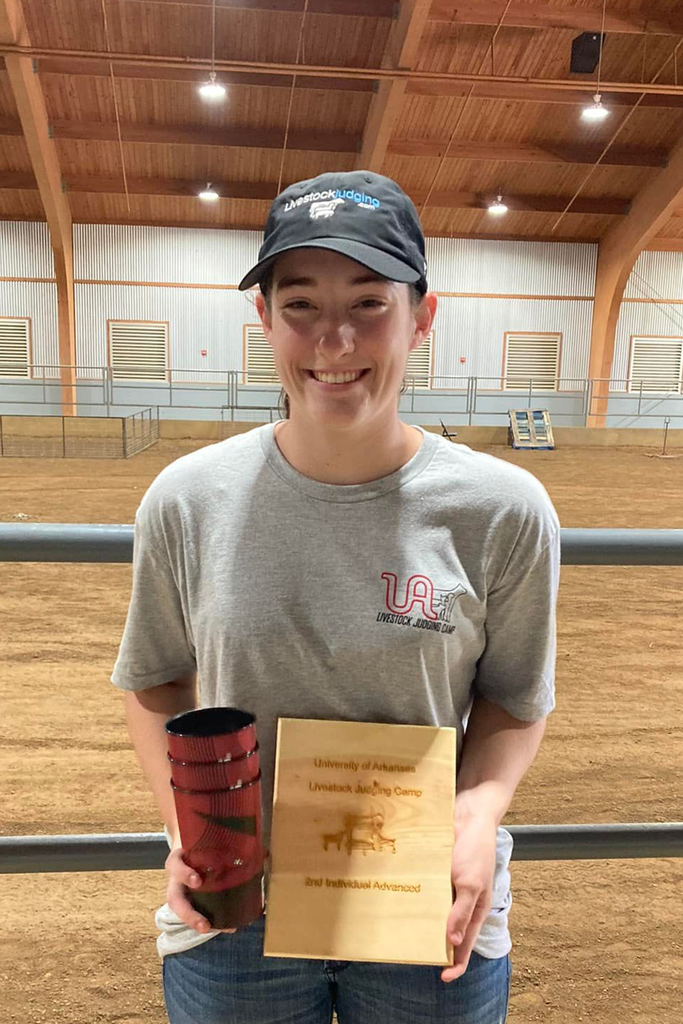 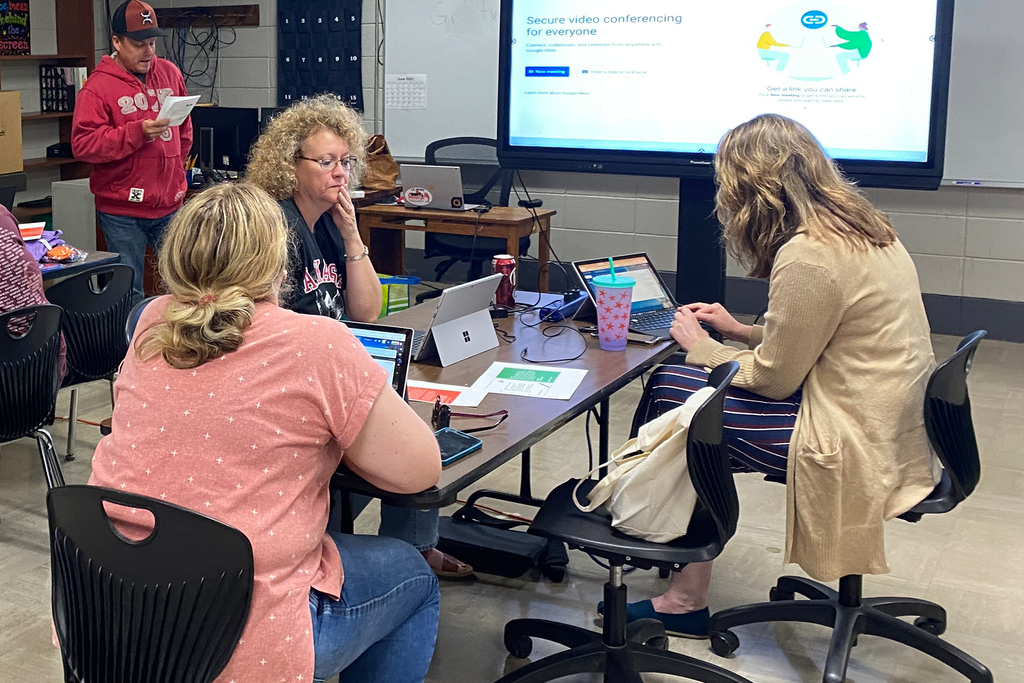 Mena FFA members have been at the Arkansas FFA World Explorer Leadership Camp. The members learned about different countries and the food insecurities there, participated in several team building outdoor activities, and are bringing back great leadership skills to our chapter, school, and community. 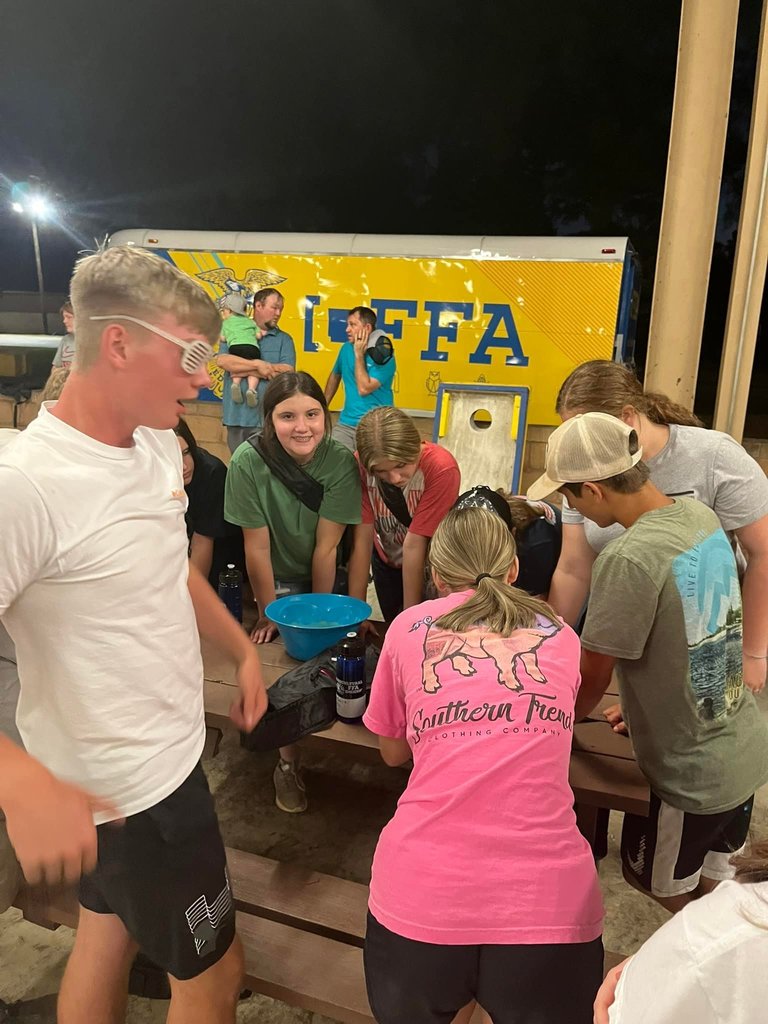 Several Mena High School students are in Chicago for the FBLA National Conference. Wednesday was filled with shopping, a competition for Psalm and the Opening session where they unveiled the new FBLA logo. The convention center is right on the lake so the views out the east side are gorgeous! Nights in Chicago are busy and loud so we walked across the street from the hotel for Gelato and to a market for snacks. Some had their (including me) first taste of authentic Chicago Deep Dish for dinner. The opinion was split on whether they liked the crust or not 🤷🏻‍♀️ Thursday was an all day conference day. Shantal and Briley competed andI worked competitions all morning. The girls attended workshops in their “spare” time. They learned about communication, the future of education, internships and Business Achievement Awards. Now headed to the hotel for a little rest then dinner at Hard Rock Cafe….YUM!!! We are still tired from walking 15,000+ steps yesterday, have blisters on our feet and heels, saw a terrible wreck and had delayed and lost shuttle buses BUT it’s been a great experience and can’t wait to explore more Friday and Saturday and find out if our competitors placed 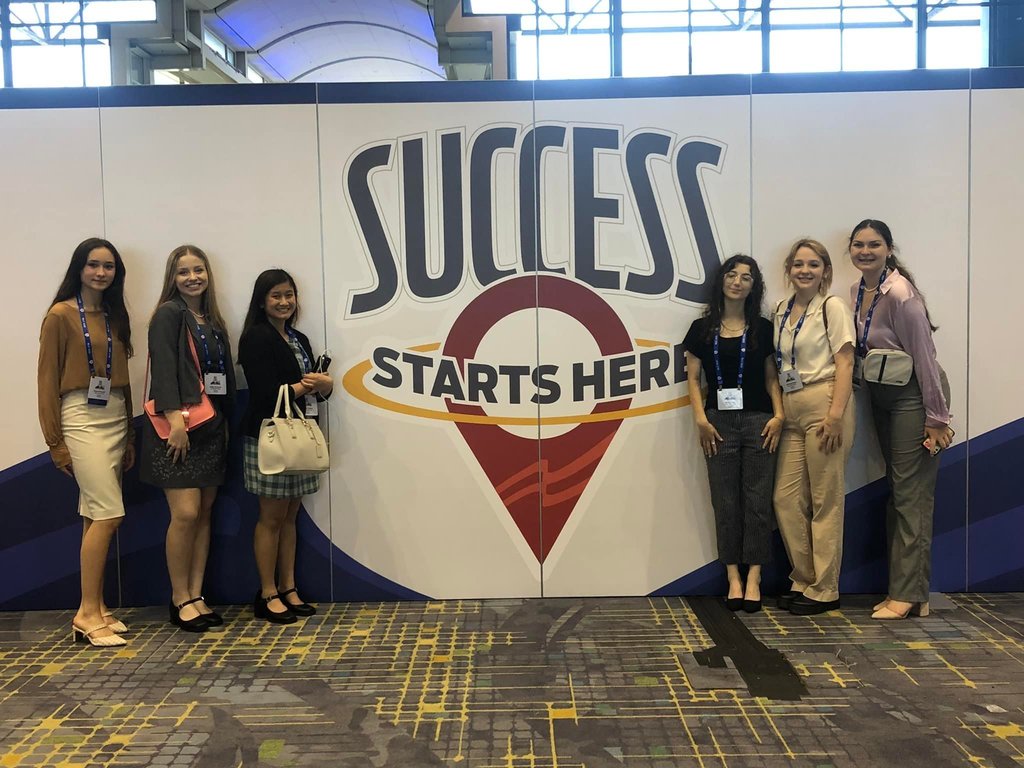 Mena School administrators are teaming up with our local Walmart for the annual “Tip the Tank,” a fundraising activity for the Arkansas Children’s Miracle Network. Pictured are Louise Durham Principal Curtis Black and Superintendent Dr. Lee Smith. 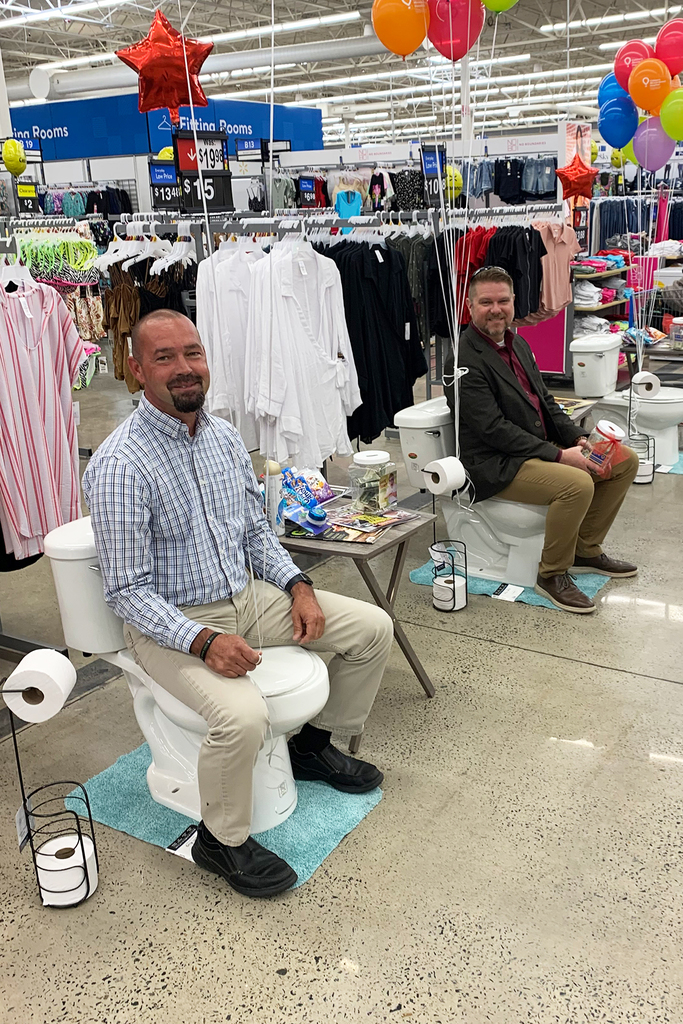 Please welcome STACY SALISBURY to the staff at Mena Public Schools ! Hello Bearcat Nation- I am so happy to be a part of Mena Schools as your dyslexia specialist and coordinator of the dyslexia program at Mena Schools. I am a CALT or Certified Academic Language Therapist. I received my CALT training from Texas Scottish Rite Hospital in Dallas, Texas at the Luke Waites Center for Dyslexia and Learning Disorders in 2007. I have been a dyslexia therapist for several school districts in Texarkana,Texas serving grades K-12. I started my teaching career in 1982 (graduating from Texas A&M- Texarkana with a Bachelor of Science degree in Education) and have been a classroom teacher for grades 1st-6th until becoming a dyslexia therapist. I retired from teaching in Texas in 2017. After only being retired a few months, I returned part-time as a dyslexia therapist for Texas High School in Texarkana. I truly enjoy helping students overcome their dyslexic challenges and achieving their highest academic success. My husband of 42 years, Dennis Salisbury, and I found your beautiful community about 4 years ago and bought property on Highway 8 West. We have been busy building our home here and finally Dennis has decided to retire! He has been a quality home builder in the Texarkana area building beautiful homes for over 30 years. I look forward to continuing my passion of helping dyslexic students and bringing my experience and knowledge of dyslexia to Mena Schools. I feel extremely blessed to be a part of Bearcat Nation! 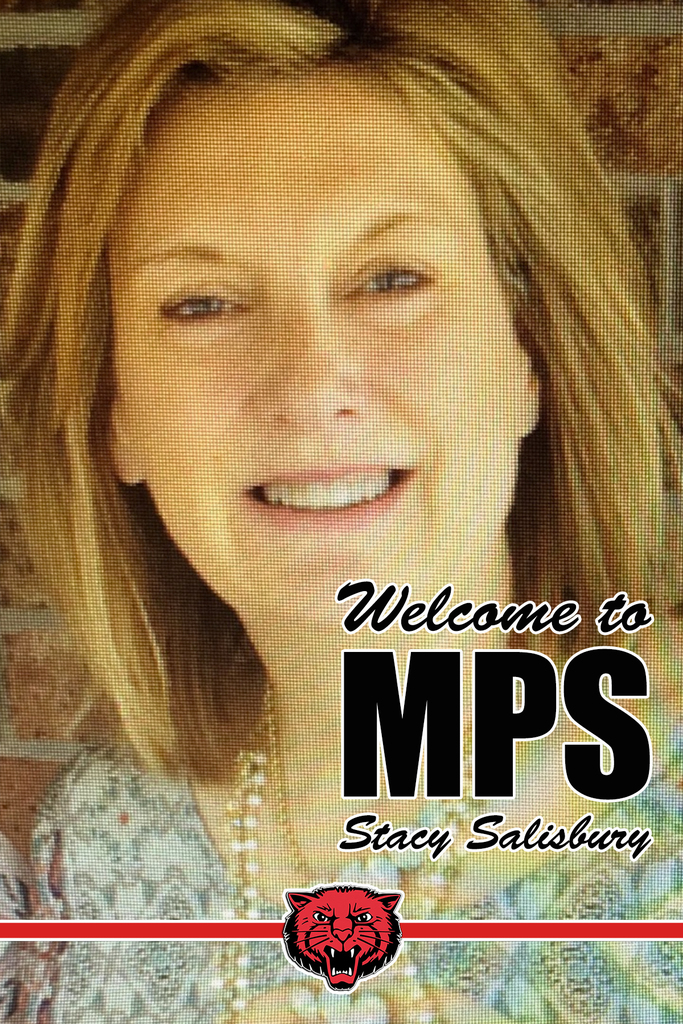 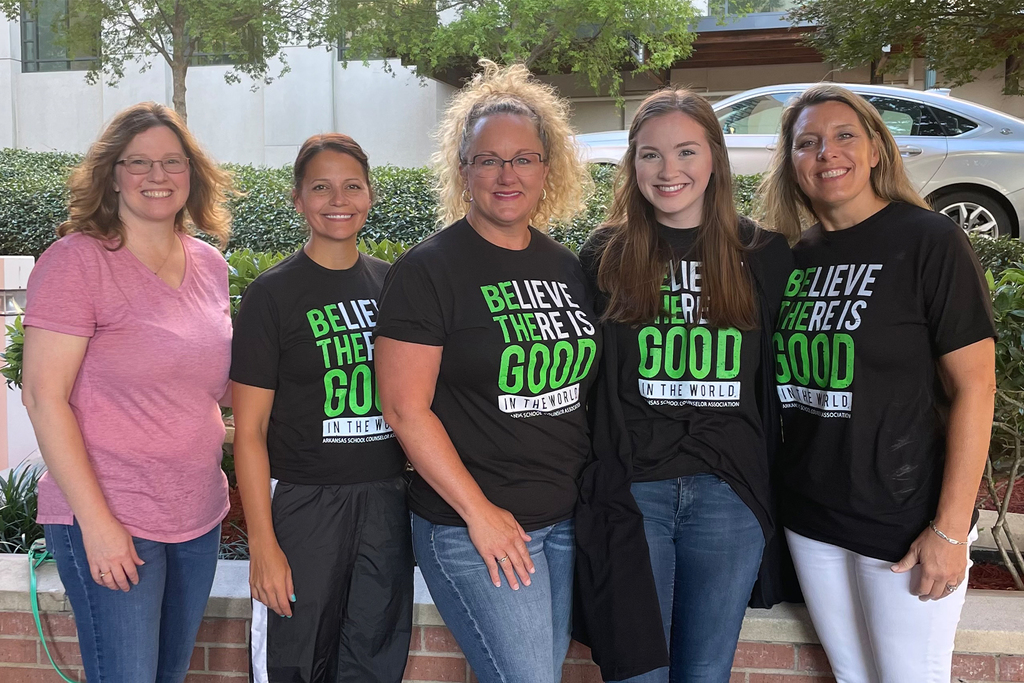 The history of Mena Public School Part 5: Friday, June 10, 1949 will always be remembered as a very special day for Central School. This was Louise Durham Day for all the pupils. Teachers and community came together to honor Miss Louise Durham who was retiring from the Mena Schools after fifty-seven years in education. All students in grades seven through twelve were housed in the high school building. The enrollment in these grades had increased in number until the high school building was not large enough to care for the students without overcrowding. Mena Junior High School was organized in 1951. A new gymnasium was approved by district patrons and construction on the project was completed in 1958. In 1960-61 a much needed school auditorium was added to the high school building. In 1968 students first occupied a new cafeteria. The 1968-19 term was a time of change at Stillwell. The first four grades were all moved to Louise Durham School. Only fifth and sixth grade children attended Stillwell. In 1973, the district asked for a five-dollar-per-thousand tax increase to build a new high school. Following the completion of the high school project, the Mena District underwent a reorganization as a middle school was created and kindergarten was added to Louise Durham Elementary. This reorganization began in 1976. The middle school housed 6-8, and the high school housed 9-12. The Stillwell school remained until 1983. In the fall of that year, grades three, four, and five were moved to a new elementary facility that was named after Miss Holly Harshman who had served the Mena District 45 years as a teacher and elementary principal. In 1986 a total of 10 new classrooms plus a band room and athletic facility was built by the district to help meet new state standards. Two years later a new 2200 seat stadium was constructed to replace Boyd Stadium which was plagued by inadequate seating, restrooms, and lighting. The Mena District went from 1973 to 1991 without asking its patrons for a millage increase. However, In September of 1991 district patrons were asked to vote a two mill increase in order to bring the district into compliance with Arkansas Law. The two mills were approved by the people. As of May. 2022, the Mena District has a present enrollment of 1696.. Louise Durham PreK-2 has 460, Holly Harshman has 368, Mena Middle School has 391, Mena High School has 463, Polk County Virtual Academy 14. 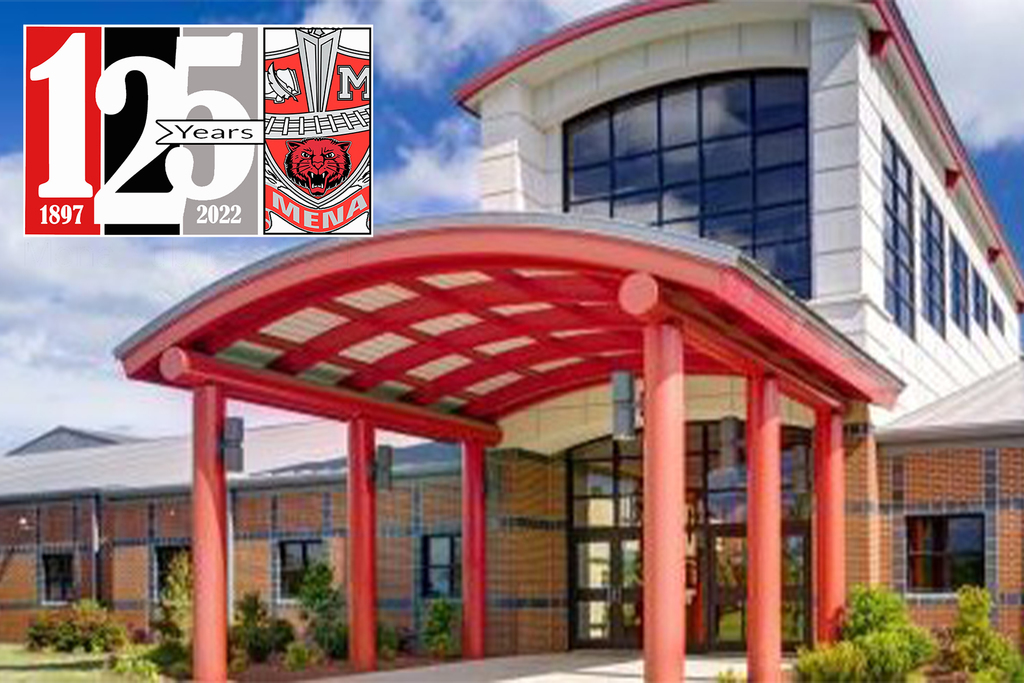 Please welcome CRYSTAL REED to our team at Mena Public Schools! My name is Crystal Reed. I'm so excited to be a part of the Mena High School Special Education Department this next school year. I have been working with students with special needs for the past year. I've lived in Mena for 9 years and previously lived in Hot Springs. My family consists of my husband John, my children, Kennedy, Cameron, and Dennison, and my grandchildren, Hadlee and Ila. I enjoy reading and spending time outdoors in my free time. I look forward to my new position with the Mena High School. 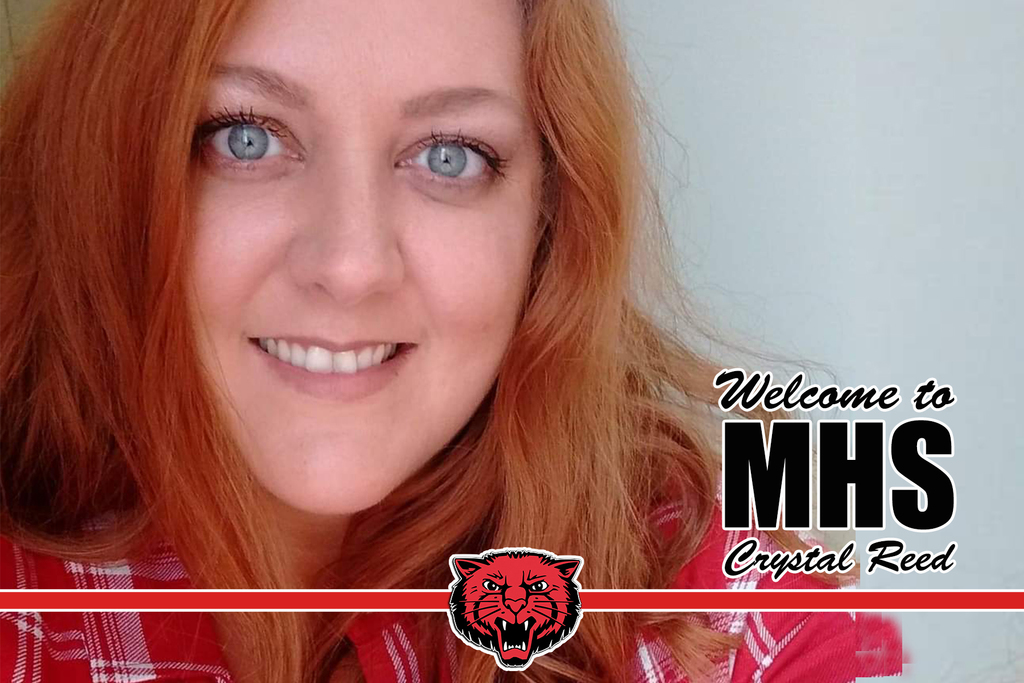 Mrs. Teresa Torix and a group of her students are on their way to Chicago for the FBLA National Leadership Conference. Students from across Arkansas & around the country are attending. https://fbla-nlc.org/ 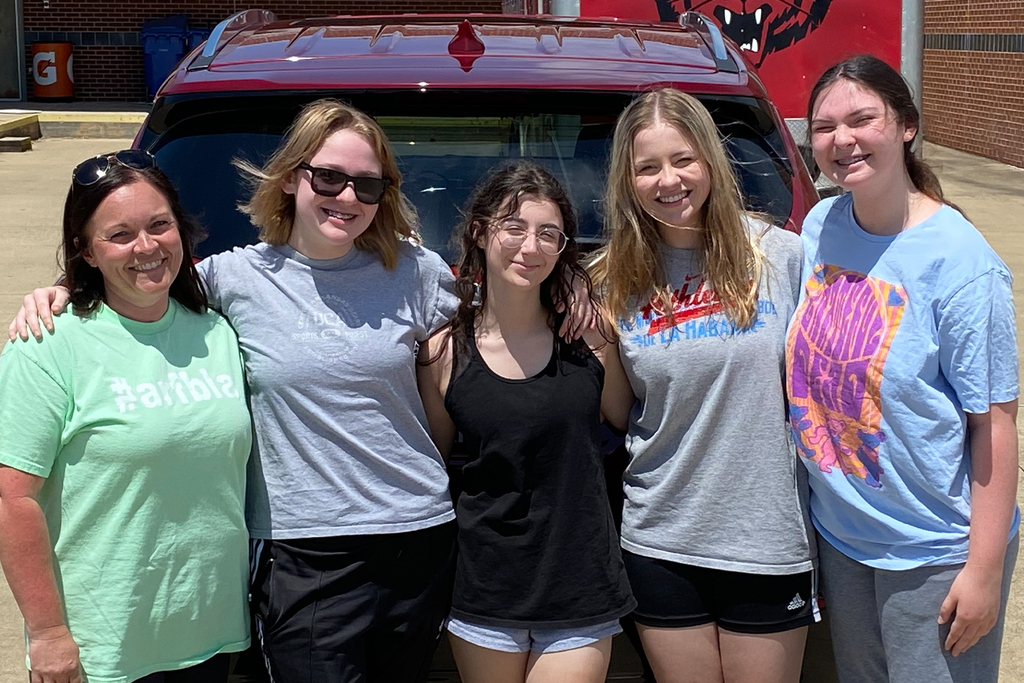 Mena Counselors Delivered over 300 pounds of can tabs to the Arkansas School Counselors Summer Conference today. Tabs were donated this past school year to benefit the Ronald McDonald House. Thank you to all who helped by donating! 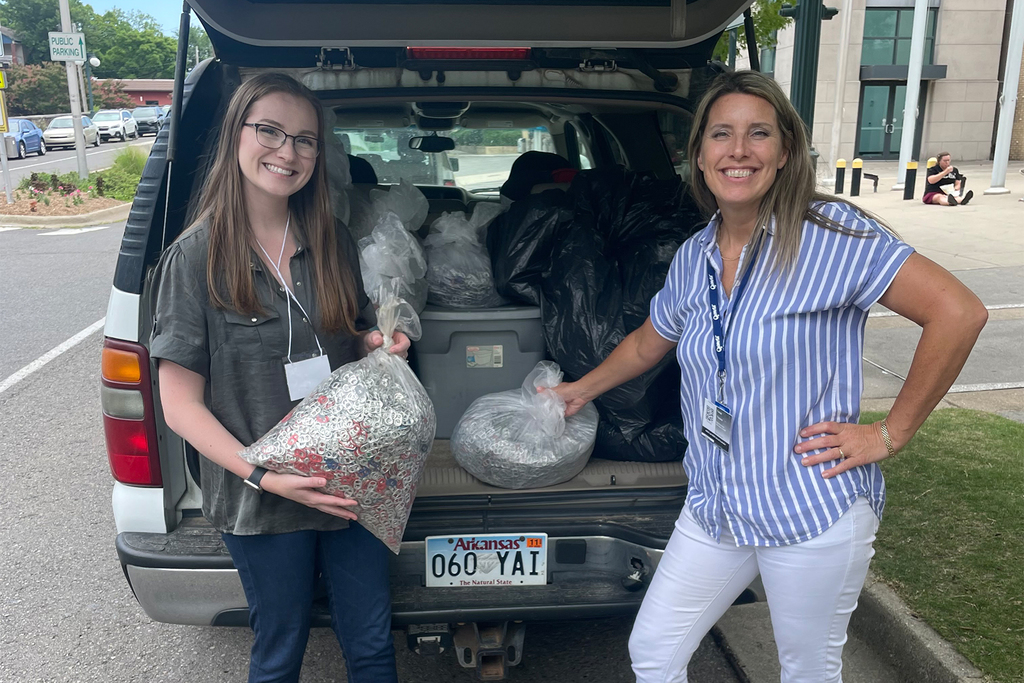 Congratulations to Mena High School 2010 alumnus RYAN MATEJEK ! Mr. Ryan Matejek, a graduate of Arkansas Tech University, will join ATU as instructor of tuba this fall. He is currently completing his course work for a Doctorate of Musical Arts in tuba performance at Arizona State University. He also holds a Masters Degree in tuba performance from the University of Missouri. 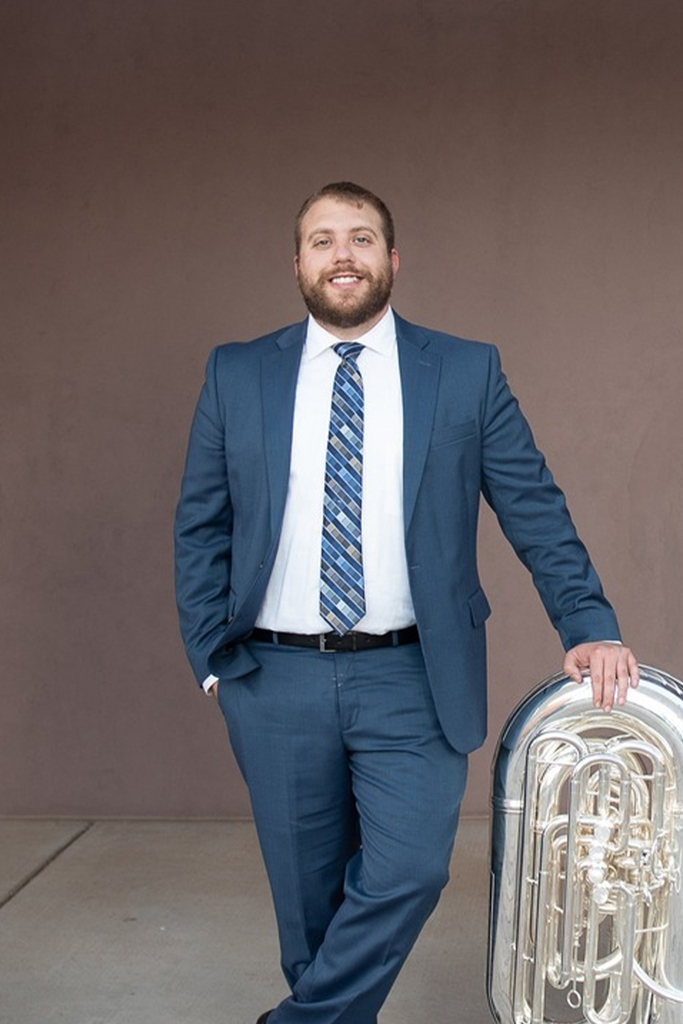 The Mena Little Cats Basketball Camp came to a close on Friday at the Union Bank Center. There were smiles all around as awards were given for their hard work this week. GO BEARCATS!!! 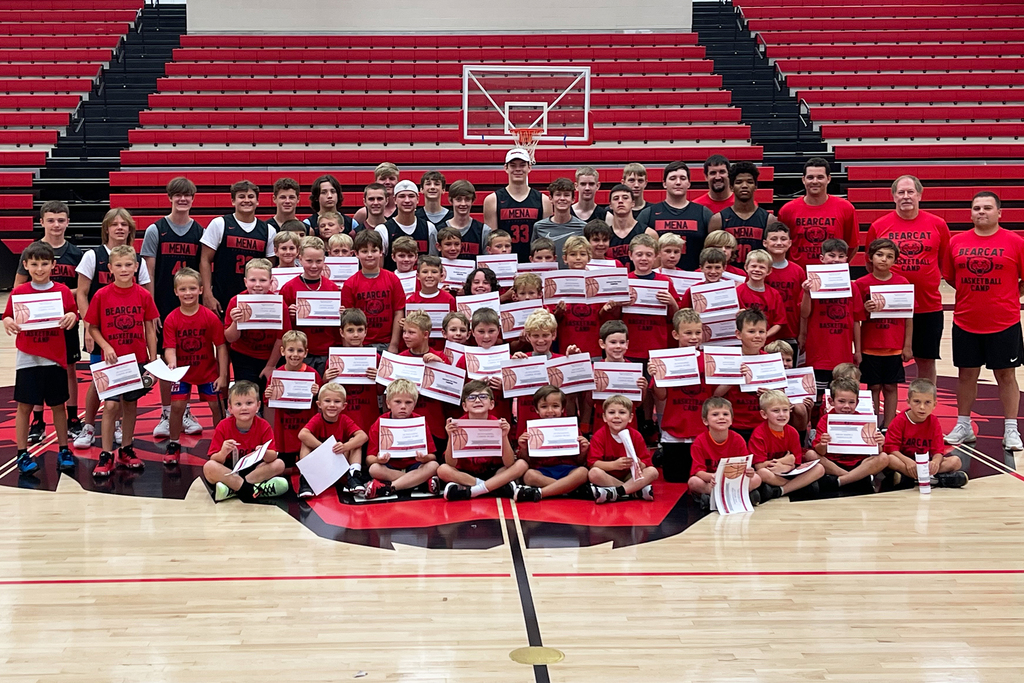 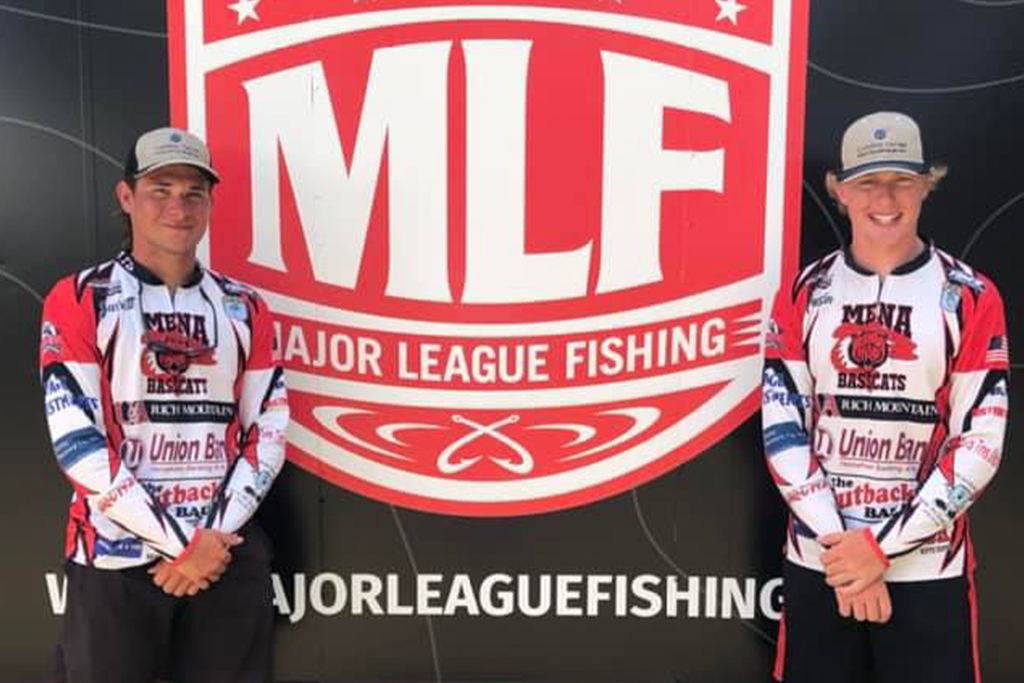 The THRIVE Academy launched this week with educators learning how to implement multi-tiered systems of support for behavior and mental health. The Mena Public Schools were well represented! 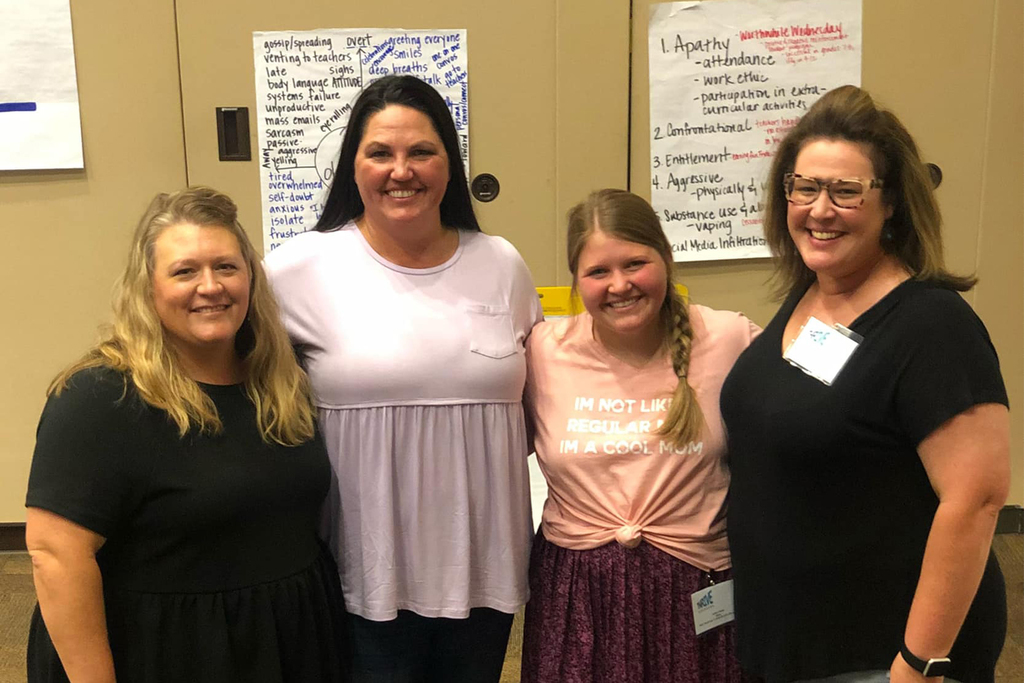 The Mena Basscats are in the hunt after day one of the High School National Championship Tournament. Jarrett Burger & Austin Rose weighed in a three fish limit that weighed in at 8 pounds 4 ounces. The tournament is at Lake Pickwick in Alabama & continues on Thursday & Friday. You can check the standings at the link below. https://highschoolfishing.org/.../2022-HSFWF-Day-1... The event is filmed for national television on the Pursuit Channel and other Networks. LIVE coverage will run daily on www.HighSchoolFishing.org and Facebook at Student Angler Federation (SAF) - High School Fishing 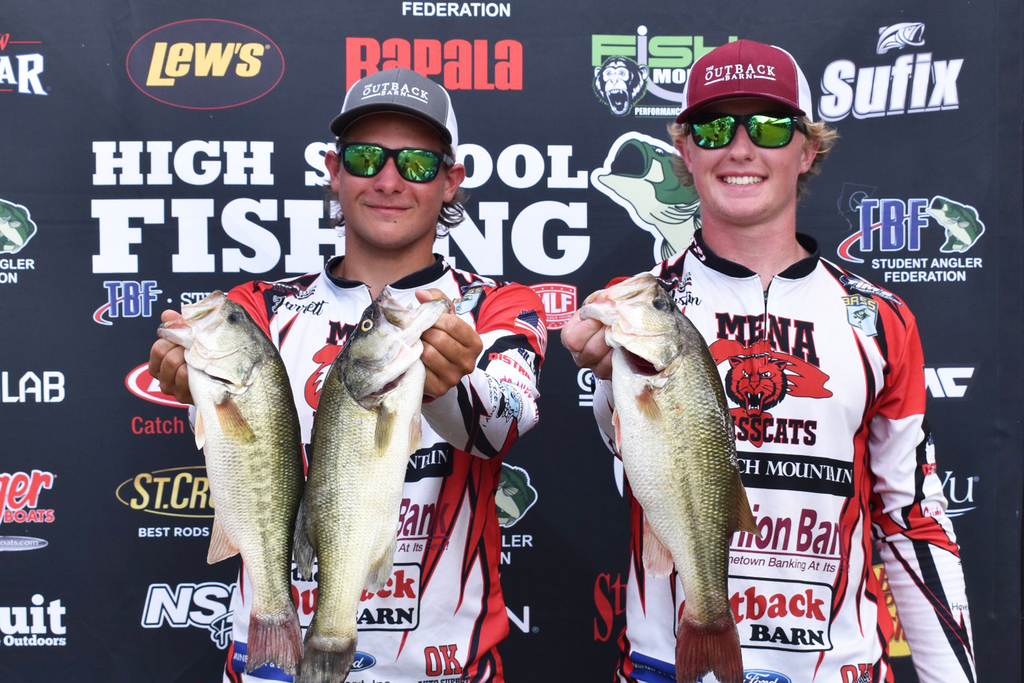 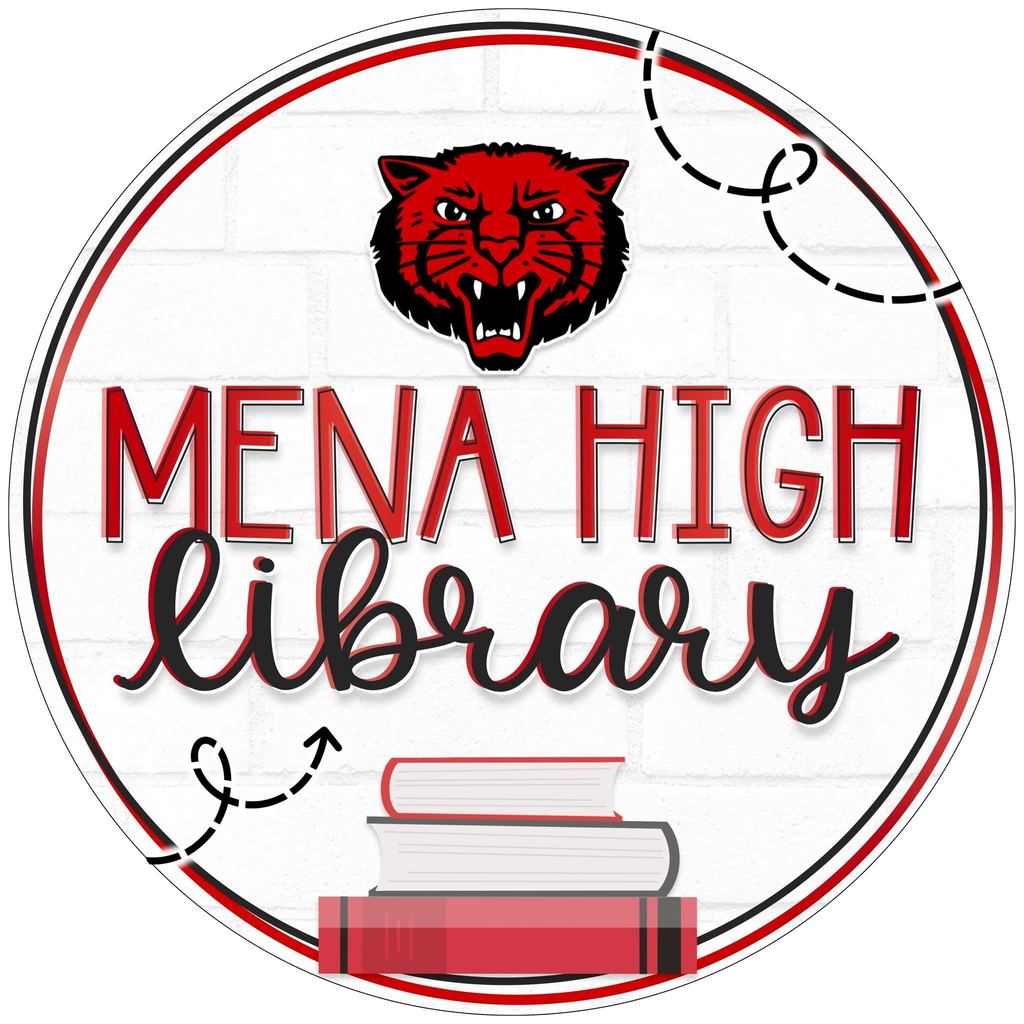 Wednesday was the first day of the Little Cats Basketball Camp at the Union Bank Center. Coach Randy Peters & the Bearcats put camper thru their paces. Those left handed layups were a challenge.. GO BEARCATS!!! 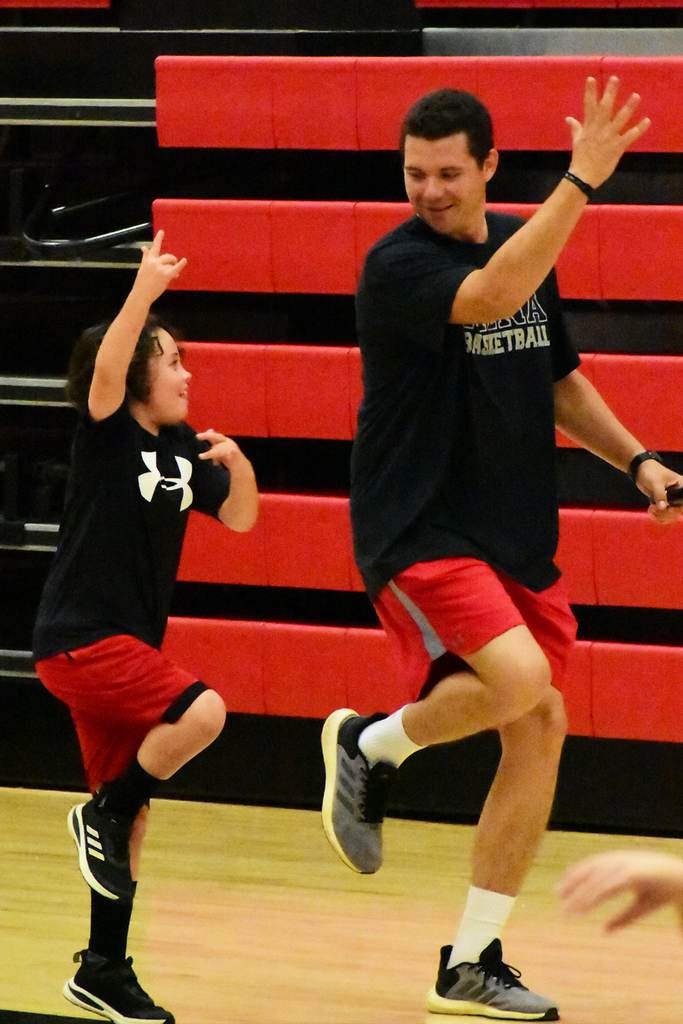 The Mena Public Schools are pleased to have ZEN VALENCIA join the staff in 2022/2023 ! Hello my name is Zen Valencia I went to high school at Hackett High school not too far from Mena. I graduated from Arkansas Tech with my Social Studies education degree. Spent a year in South West Arkansas coaching and Teaching at Lafayette County. This is my first year coaching Wrestling but I cannot express how excited I am to start this program. I am also an assistant football coach with the senior high football team, and Defensive Coordinator for the junior high. I Love being outdoors and am truly blessed to be apart of this district, community, and group of coaches! Go Bearcats! 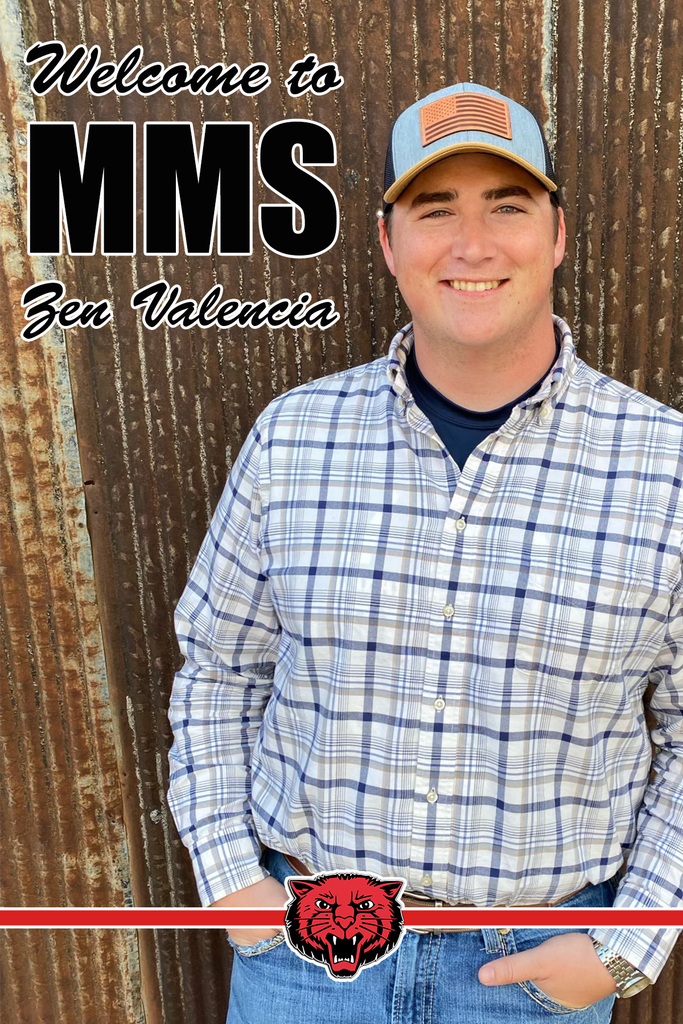 The History of Mena Public Schools Part 4: During the school years of 1907-1920 many changes were taking place in the history of education in Arkansas. The Uniform Text Book Law and the Compulsory School Attendance Law were passed by the Arkansas Legislature. Also measures for the protection of the health of small children were passed and the public drinking cup was banned. Compulsory vaccinations against smallpox was instituted. Another great step forward was the coming of the Free Textbook Law. Some of the money raising projects carried out to provide for the needs of the school included teas and plays. With the funds thus obtained many things were bought. Among these were a large Victrola for music appreciation, a suitable and large library for the children, a number of appropriate pictures by master artists, a large school bell, and a first aid cabinet. The community’s educational needs had increased so greatly that in 1922 the Central and High School buildings were added on to and a manual training building was erected. Furthermore, in the 1932-33 school year a model college for the home economics department was provided. Mr. J. E. Bishop, Superintendent of Mena Schools, said he had a faculty of twenty teachers as good as the best in the state. In 1926 the rating of the schools was raised from a “B” to an “A”. In 1927 the high school became a member of the North Central Association of Colleges and Secondary Schools. This was as high a rating as any school in Arkansas could achieve at the time. In 1934 school census showed 1,103 pupils attending the Mena Schools. All the pupils walked to school in those days. For many years about one fourth of the children brought their lunches to school in a sack or lunch pail. The rest of the pupils walked home for lunch. When the Junior High School was started they built a cafeteria for all the schools in Mena. Central pupils were transported by buses down there to eat every day. The transportation of Mena students by bus increased as consolidation proceeded in the county. Each time one of the outlying schools closed and sent its students to Mena, a new bus had to be added to the school’s growing fleet. By now each classroom had its own library in the room. In 1940 the Mena High School and its contents were destroyed by fire. Shortly thereafter a new high school was constructed on the corner of Mena Street and Church Avenue. In the spring of 1940, plans were made for a lighted athletic field. In the fall Mena defeated Hartford 27 to 12 in the first game to be played on the newly lighted field. The new high school was used for the first time in April 1943. On May 20, 1943, thirty-one seniors graduated.The Boyd Stadium was constructed on the athletic field in 1946. In 1947 a $40,000 bond issue for a new Southside School to be built in Stilwell Park was secured. This new building was scheduled for completion in the fall of 1948. The years 1950-1951 were busy building years for the district. A new home economics cottage was built, a band building was erected, remodeling took place for grades 6-8, and buildings acquired from the Fair Association were remodeled for vocational agriculture classes and shops. Check back for part 5 next Wednesday! 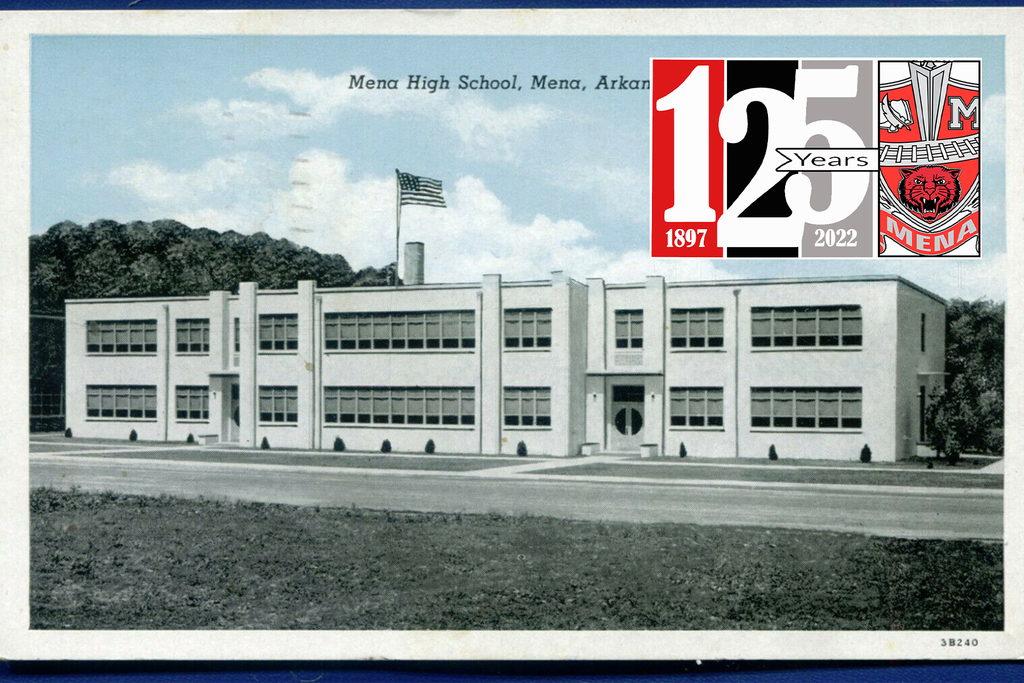