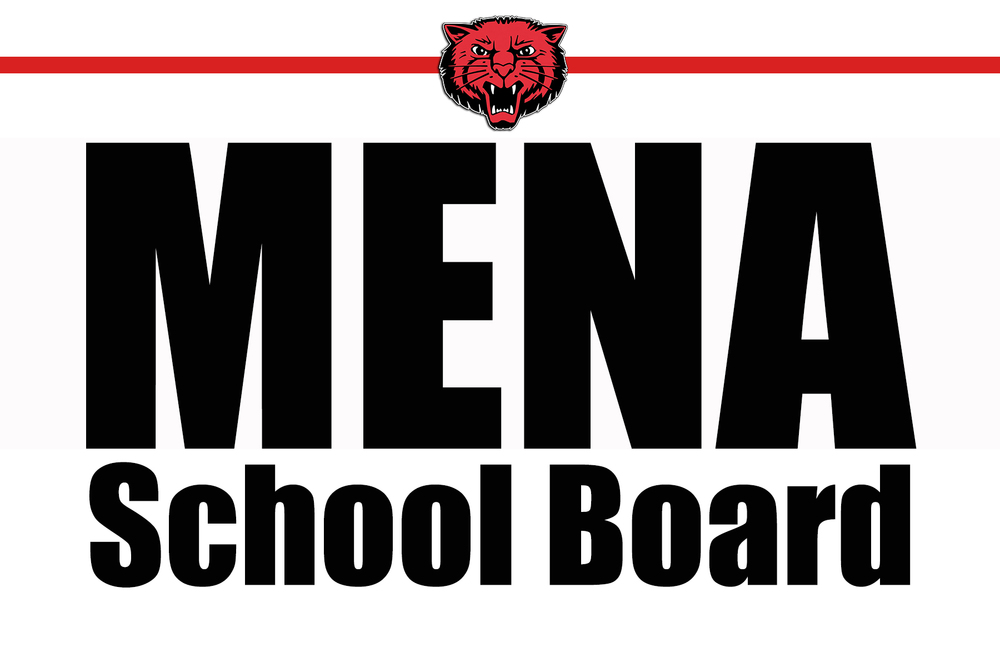 The Mena School Board met for the August meeting on Monday at the district administration building. The meeting was moved from its regular date due to a conflict with a school function on Tuesday.

As is the case at most of these meetings the evening began with the superintendent’s report. Dr. Lee Smith quickly yielded the floor to a group of Mena Middle School teachers. Sheli Chaney, Amy Martin, Alicia Farringer and Lynn Ashley spoke to the board about their trip to the New Hampshire Literacy Institute this summer. Mrs. Chaney spoke in detail about how they learned to engage students and have already begun sharing what they learned with their coworkers. Martin concluded by thanking the board for the opportunity to attend.

Dr. Smith then introduced Assistant Superintendent Bridget Buckley who shared an update on ACT Aspire Scores. Highlights included the district as a whole surpassing pre-pandemic levels in english and math. Buckley credited the recovery to outstanding teacher skill and effort as well as new curriculum in key grades.

The first item of new business was the expulsion of a student. Dr. Smith recommended the action due to terroristic threats. This expulsion will be for one year and education services will continue off site. The board approved the expulsion.

The district held an auction of surplus equipment this past weekend which grossed $26,800.00. Dr. Smith asked the board to earmark that revenue for the purchase of another vehicle for employee use. The board approved.

The board also approved changes to the American Rescue Plan (ARP). The Arkansas Legislative Council (ALC) recently voted to recommend a $5,000 bonus for teachers and a $2,500 bonus for classified staff that will be taken out of the American Rescue Plan funds if the bonuses are ordered to be paid at the school level. These dollar amounts were changed in the ARP plan for recruitment and retention of staff to meet the recommendation of the ALC. The recruitment and retention plan had previously been approved by the board in the 21-22 school year. Half of the bonus will be payed in the next pay period and the other half will be paid when the employee signs their letter of intent for 2023/2024. Part-time employees will receive half of the recommended amounts based on their classification.

Project updates were next on the agenda. Smith told the board that the HVAC, Paving, floors and security camera projects have been or will soon be completed. Plus, kitchen updates can be expected in the near future.

The board also approved the end of year balance, year end transfer of funds and the financial report. Expenses for July outpaced revenue by $77,694.00 due to the extended school year and some back-to-school expenses. Overall, for the 21-22 school year, revenue continues to exceed expenditures.

Finally, in personnel the board accepted the resignation of Aaron Grant, Max Hartwig, Ashley Pregon, Paul Rye and Cherish Michael. The contract of Rose Branch was restructured to reflect a change from a “D” bus route to a “B” route. There was one new hire recommended and that was Tiffany Sims as AE Para-Pro. After approval the meeting was adjourned.